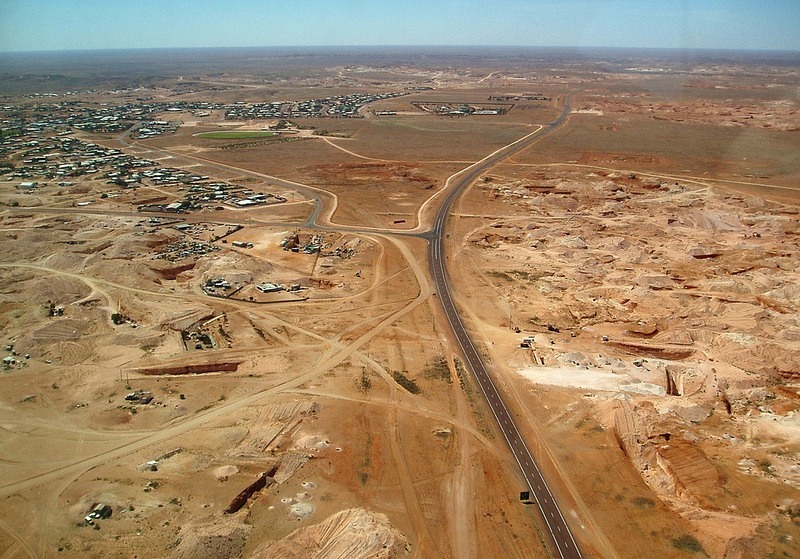 Coober Pedy is a city in Australia that has managed to find the best way to fight against the hot temperature in the desert, they have build a city underground. Actually they had a headstart as the original town started to form around a few opal mines, but since they have build a lot of houses, attractions or even church underground.

The entrances are usually located at street level and they all have ventilation systems built so they will be cool all the time. This style of living was brought by World War 1 soldiers, when they came here looking for opal.

Today the city is actually one of the largest suppliers of opal in the world and has a population of 1695 miners and has even its own underground bookstore.

It is interesting to note that a standart 3 bedroom cave can be built for the same price as a regular house and your cave will have its own constant temperature.

Another interesting attraction in the city is the golf zone. As it is built on a desert and there is no grass the players have their own “turf” to use when it is their time to hit the ball. The city has its own football team, who compete in a regional league and they keep on playing despite the fact that the area where the rest of the team are located is 450 kms away.

The area is not so popular, thought it was used in a severeal movies including the 1991 film Until the end of the world and was featured in Top Gear Australia 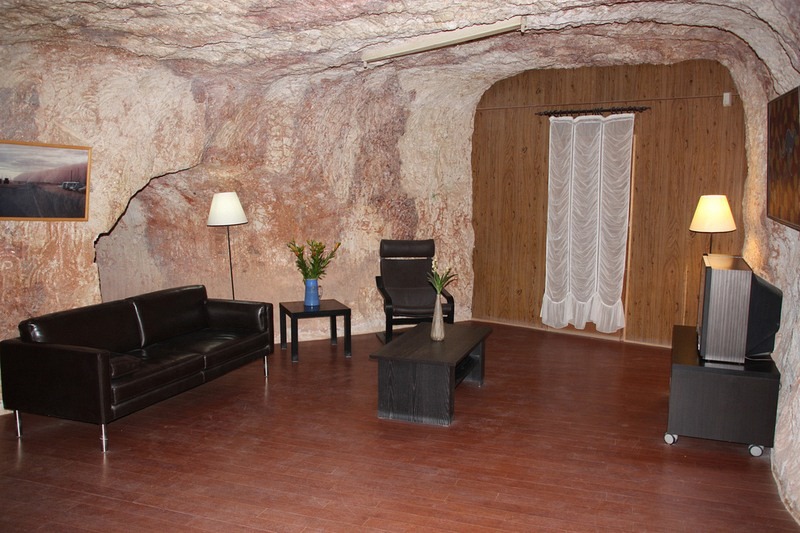 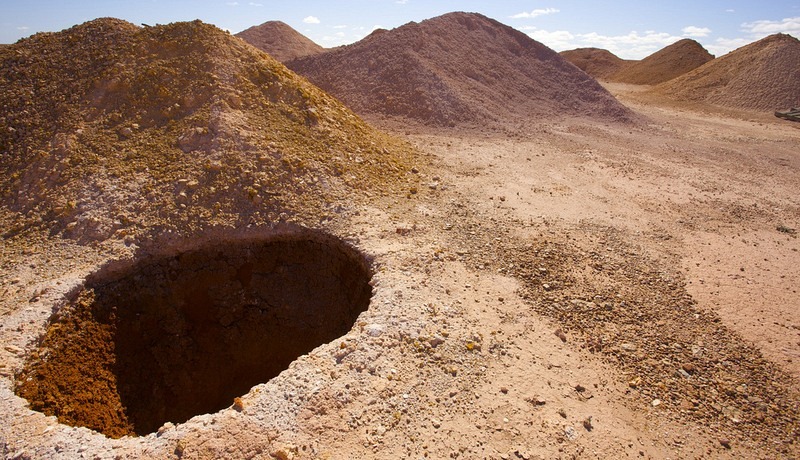 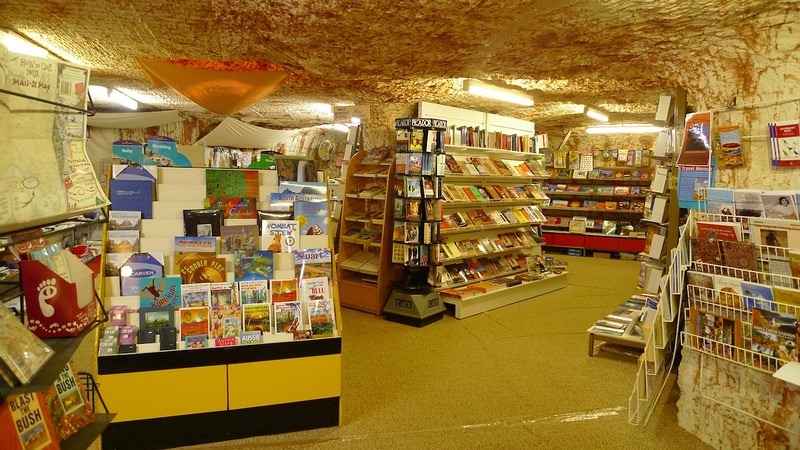 The golf club with some humour 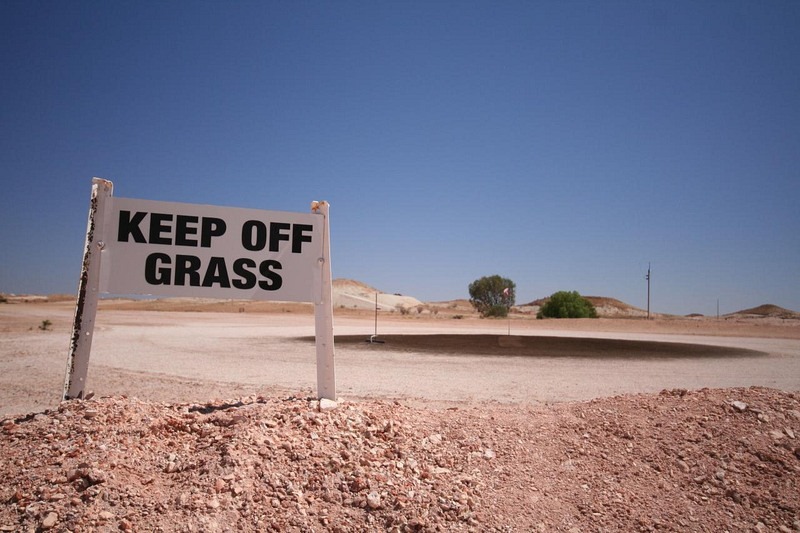 Areal view of the city 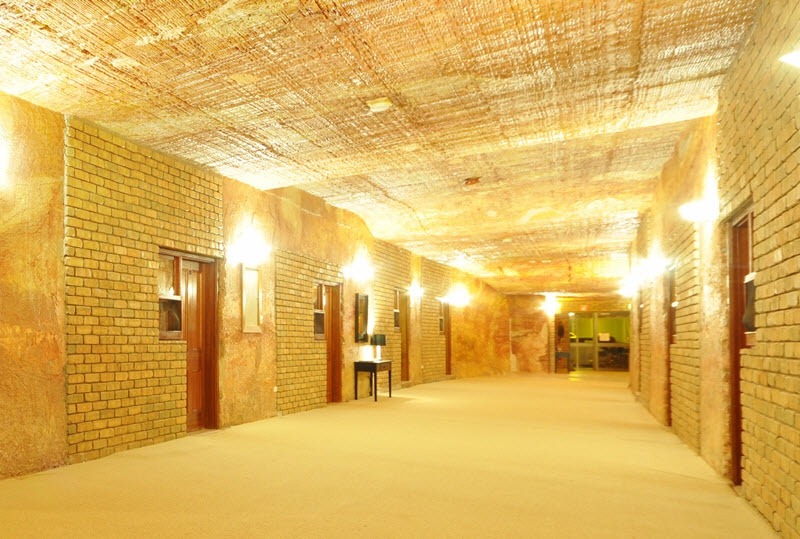 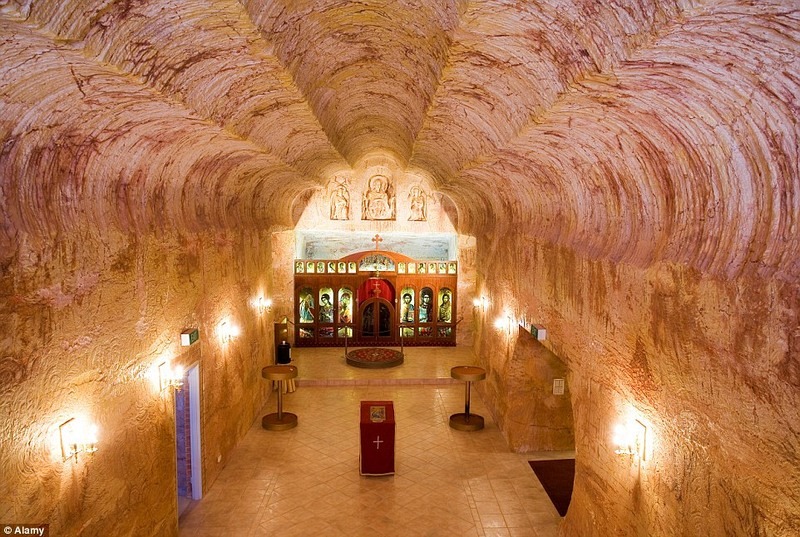 Street Level entrance to the church<h/3> 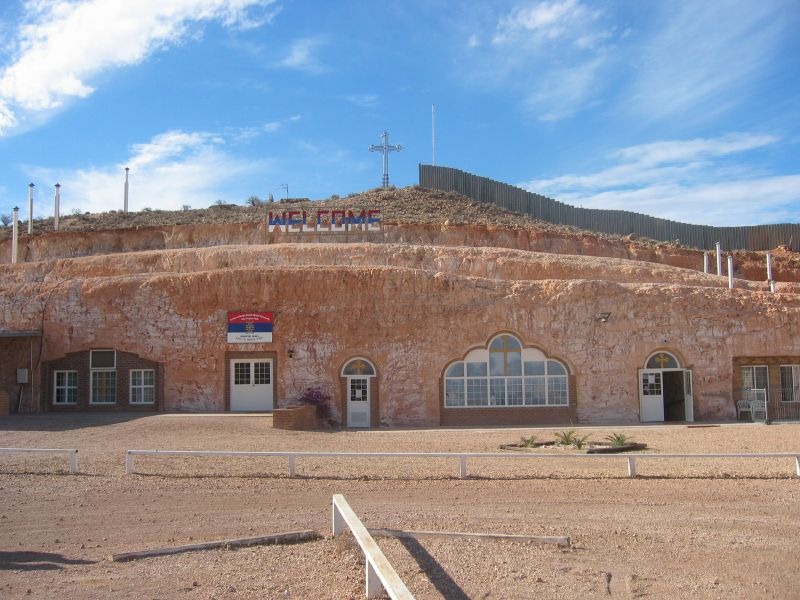